Mother’s Day Around the World

For thousands of years, all across the world, the devotion and importance of mothers has been celebrated in a wide range of festivals. From the ancient Hindu festival which celebrates the Goddess Durga, the Divine Mother, over ten days in October,to the Roman celebration which honored Rhea, the mother of Jupiter, Pluto and Neptune in March, the rituals seem endless.
Traditions have matured with society, some are recognizably linked to ancient rituals, while others are much more modern. In Mexico, USA and Canada Mother’s Day is celebrated with cards, flowers and family meals, but what is Mother’s day like in other parts of the world? Read on to find out! 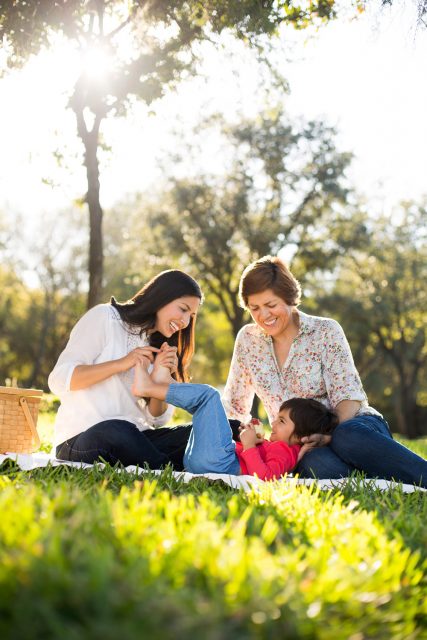 Mother’s Day in Mexico is very much the same as in the USA and Canada, except the date which is always May 10th. Mother’s are doted upon in Mexico, so families will often spend quite a high percentage of their wages on gifts to show mom just how much she means.

The UK too celebrates in much the same way, with gifts, cards and family gatherings, but the history behind the day is a little different. In the Medieval world children were often required to work as domestic servants or apprentices in order to support themselves or their families. This meant living and working away from their parents in many cases. These children were often given a day off before Easter during lent to visit their homes and their “mother church” in their parish, hence the term “Mothering Sunday.”

India is a huge and diverse country which has both a westernized and traditional celebration for moms across the country. On the second Sunday in May many Indians reflect upon the importance of motherhood and pamper their moms in thanks. But the Hindu population also continue the tradition of a ten-day festival in October for the Divine Mother Durga. This festival, otherwise called, Durga Puja celebrates the triumph of good over evil and is marked by feasts as well as the giving of small gifts.

Brazilians are big on Mother’s day, and as a result Mother’s day is second only to Christmas. Like the largest part of the Americas, Brazil celebrates Mother’s day on the second Sunday in May and is marked by church gatherings, children’s performances and, very often, large, multi-generational barbecues.

Muttertag in Germany also takes place on the second Sunday in May (unless it clashes with Pentecost, in which case it will be on the first Sunday). Like many social and cultural events in Germany there is a stark difference between what was going on during WWII and what has come after. During the war, Mother’s Day had a political significance and women were celebrated when they contributed (children) to the Vaterland. After the war, the celebration softened and is much the same as in the USA and UK.

In Japan mother’s are revered for their gentle strength and devotion to their children. The carnation is the symbol of Mother’s day in Japan and on the second Sunday in May moms are pampered by their children and families. On the run up to this holiday children will often draw pictures of their moms in school and enter the drawings into art contests. On the day itself, however, the kids will pick up household chores, give cards and red roses or carnations and the family will enjoy a meal together.

In Peru there is a splitting of traditions. In May there is a westernized and recognizable celebration in which moms are pampered by their families, but the indigenous Andean population also have a celebration in August. This celebration is dedicated to Pachamama, Mother Earth, and the day is called “Martes de Challa.”

At the end of the fall rainy season Ethiopians celebrate Mother’s Day as a part of the three-day Antrosht festival. When the weather gets better and the skies are clear of rain, the family will get together to celebrate with a large meal. Sons traditionally bring meat to this meal, including lamb or bull, and daughters will generally bring butter, vegetables, spices and/or cheese. After the meal singing and dancing will be shared by all family members.

Serbian also take three days to fully appreciate their mothers and, indeed, the Spirit of Family as a whole. In Serbia Mothers, Fathers and Children’s day all fall in December on consecutive Sundays and, believe it or not, require a fair amount of rope. On each day the mother, father, or children of a family are tied up until they give gifts or make promises. The kids have to promise to be good, the mothers must give small gifts and treats and the fathers have to give Christmas gifts to get free. After this point everyone feasts.
The nature of celebrations may vary, but across the world one thing is common to all Mother’s day celebrations – the love and care that brings families together to mark the day. These celebrations serve as a reminder of the importance of moms, and the need to thank them for what they do.