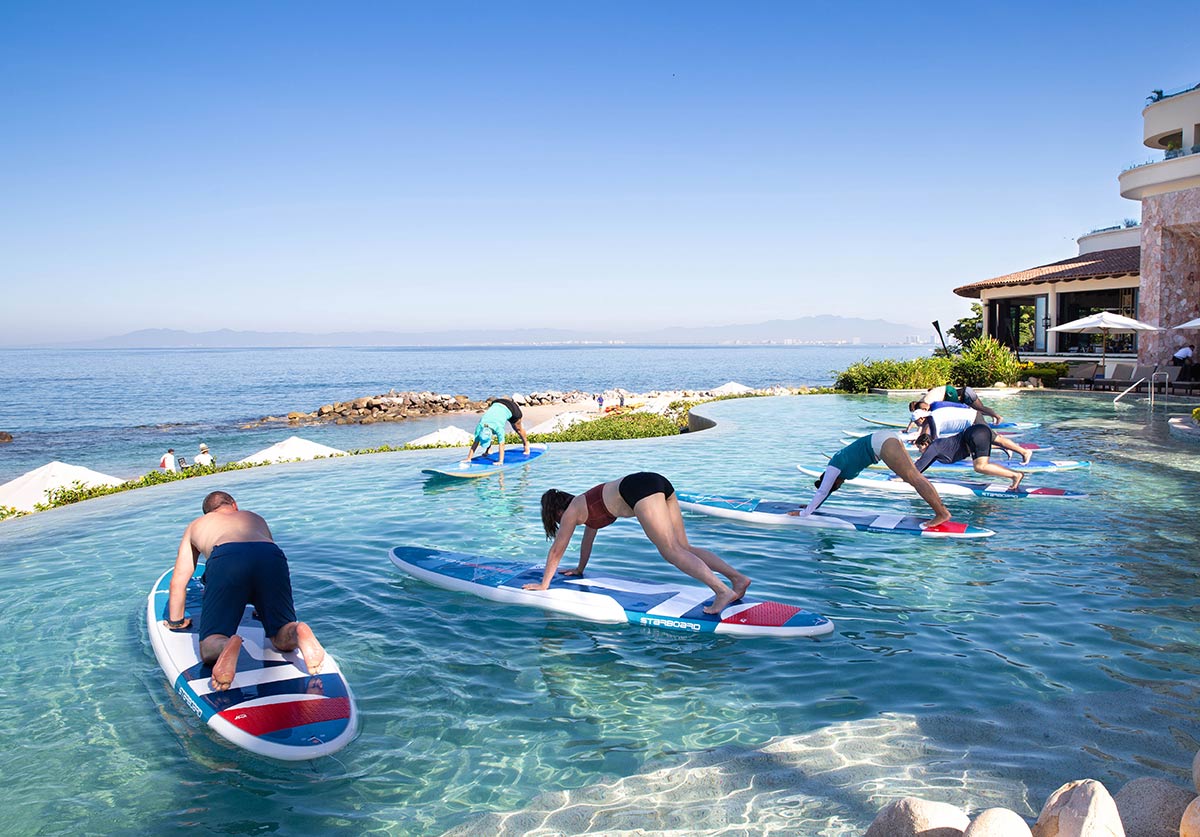 What could be a better reason to experience June Wellness than to partake in a traditional Full Moon Ceremony patterned after the ancient experiences of Mexico’s cherished ancestors?  Miri Metztlixochitl will demonstrate her artistry and respect for her ancestors as she leads this unique ceremony, which is part of the monthlong wellbeing program held at Hotel Mousai and Garza Blanca.

Often viewed as an afterthought by most people in modern society, the moon cycle has long been revered by many ancient civilizations for its impact on our lives.  Due to the fact that the human body consists of at least 60% water, it is logical to believe that just as the tides are influenced by the moon, so are our bodies.  This knowledge suggests that when our lives are in sync with the moon phases, we are also connected with the animals and plants within the natural cycles of the earth.  Join in this enchanting ceremony during June Wellness on Garza Blanca beach as the spellbinding energy of the full moon will be on full display.

Beginning at 8pm on Monday, June 20th, the Full Moon Ceremony will take place on Garza Blanca Beach in Puerto Vallarta, Mexico and will last approximately one hour and twenty minutes.  Miri Metztlixochitl will perform the ceremony, recognizing the elements in celebration of the full moon and the generous blessings it has to offer.  The ancient traditions of the Mexica will be harnessed by Miri as she leads the beachfront ceremony surrounded by the peaceful sights and sounds of the ocean at Garza Blanca nature preserve.

As a natural midwife, Miri Metzlixochitl (born as Miriam Avalos) has given her life to Feminine Wisdom and Childbirth Preparation, with a diverse portfolio of services including maternity blessing ceremonies, home birthing, marriage ceremonies and temazcals (traditional sweat tents).  She believes her purpose is to spread the wisdom and ancestral traditions of those who have gone before us.

Influenced by her mother from a young age, she sought personal growth through yoga, meditation and naturism, while later completing a Vision Quest (4 days with no food or water in the mountains) and spending periods in temazcals searching for enlightenment.  She has learned from impressive spiritual guides and teachers such as Master Lazarus, Ixzcax, Arturo Meza, Ricardo Lugo, Ángela María Martínez, Amrit Atma Kaur, Verónica Muñíz and Abuela Margarita.  She is a Keeper of the Violet Flame and practices alternative therapies like Reiki, massage, the Mexica Calendar and Ascensional Reiki and astrology.

The opportunity to partake in this spellbinding tradition, which aligns you with the full moon and cosmos, is not to be missed!