There is never a bad time of year to visit Mexico, but Día de Muertos, or Day of the Dead is a particularly magical and fascinating celebration for anyone who loves culture and adventure. This holiday can be slightly confusing for those who are not familiar with the rich tapestry of history that cultivated its current practices. It is not shrouded in fear or sadness, but instead it is a festival of hope, cheer and good fortune. This year Puerto Vallarta and Hotel Mousai have planned events to entertain and educate onlookers to retain the beauty this tradition. 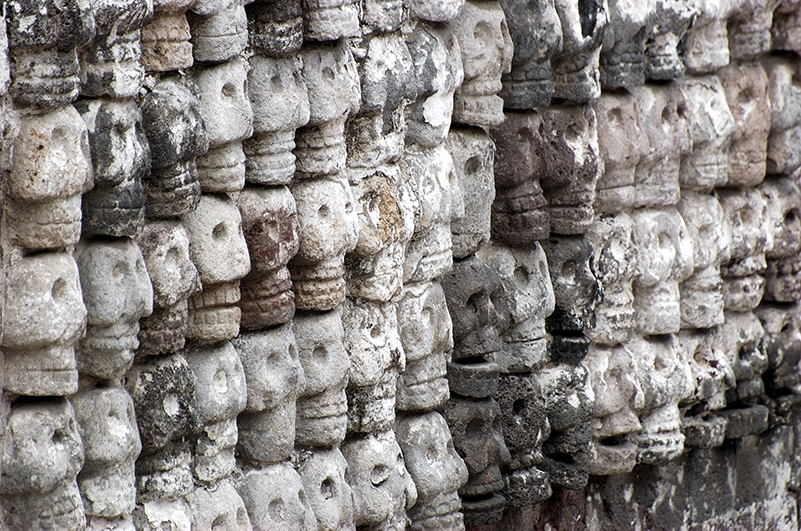 Long ago Hispanic Catholicism was intermingled with the sacred practices of the Aztecs and other indigenous tribes. The Aztecs would spend an entire month in celebration of their Goddess  Mictecacihuatl, or Lady of the Dead, who they believed was the Queen of the Underworld. As Pagan beliefs were brought into the religious customs of the 20th century, the Aztecs honor of the Goddess became entwined with All Saints’ Eve, All Saints’ Day, and All Souls’ Day and Día de Muertos was the result. It is a spectacular blend of ancient rituals and modern religion creating a festival that can be celebrated by all. 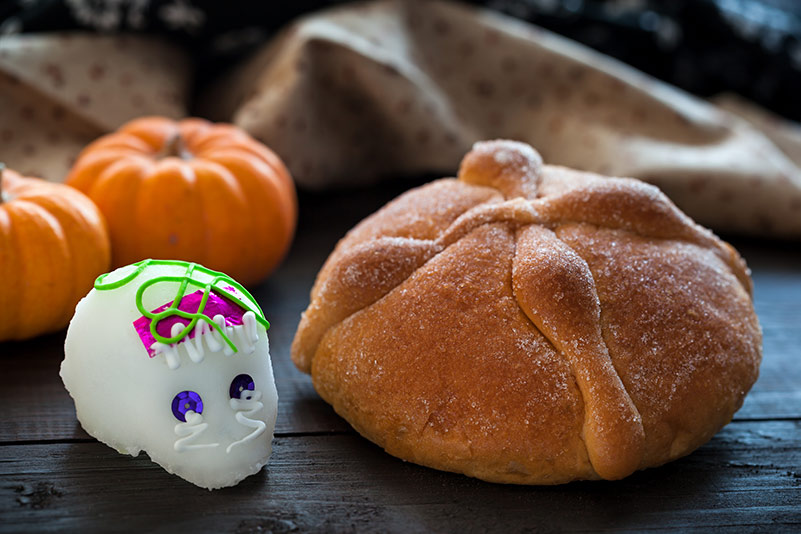 At midnight, on October 31st, el Día de los Angelitos, or Day of the Little Angels begins. It is believed that all the children who have been lost can return on this night and spend the following day with their families. To honor their souls, loved ones will head to the cemetery and decorate their graves with cookies, candies, milk, photos and the child’s favorite items. Then on November 2nd begins Día de Muertos, when the adults who have passed on can return for a visit. Their headstones will also be adorned with traditional foods like tamales, pozole and memorabilia. These altars filled with memories may also be made in people’s homes for friends or relatives whose graves cannot be visited.

Not only does this tradition allow people to remember and honor their lost ones, it is also thought that when the dead return they can hear the prayers of the living and take them back up to heaven. By honoring those who have gone, one can enjoy their presence through memories once more and be blessed for their actions. 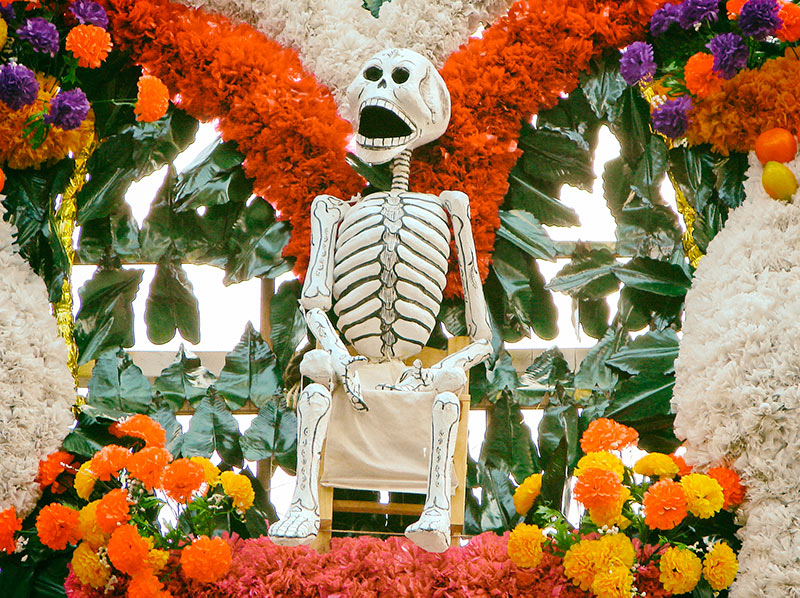 To share this rich tradition with everyone, Puerto Vallarta has joined with Aguascalientes to display 32 enormous hand-crafted Catrina figures along the Malecon. They have also organized over 80 altars to be built and on display along with exhibitions of art, legends, contests, music and dancing as well as tours filled with the tales of the past. Events begin tomorrow, the 28th, at Plaza Caracol at 7 pm.

For the Guests of Hotel Mousai 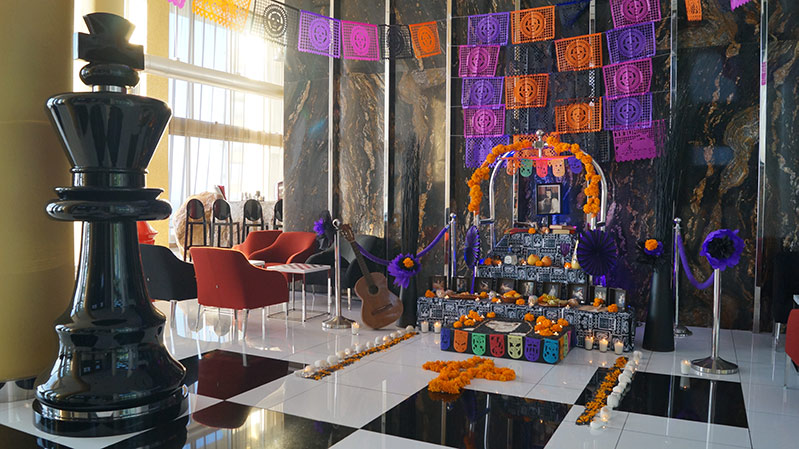 You are welcome to join in the fun at Garza Blanca Preserve! Be in the lobby on October 31st at 7, 7:30 or 8 pm to take the Trolley of Terror to a haunted dinner. Take a ride along a spooky path as your conductor narrates a tale of horror. Finish the evening with a family meal and then head into town for more festivities.

To celebrate in a more customary fashion, Hotel Mousai has created a large altar over on the Lobby.

Partake in the festivities and discover a little more magic in Mexico!