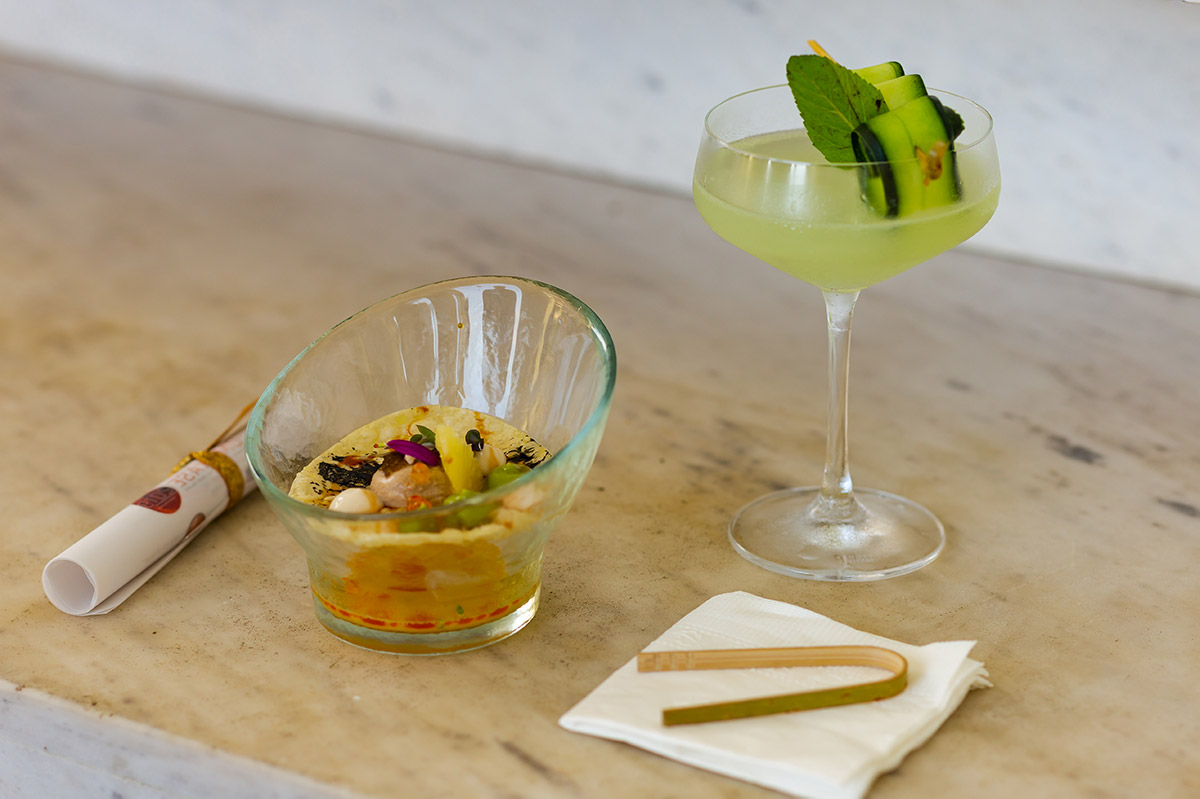 Omakase 2019 at Hiroshi Restaurant launched on Wednesday, October 9th and continued until October 13th and was a beyond this world experience. The menu was very extravagant and presented an opportunity to try new dishes that aren’t available every day. This year’s fourth annual Omakase experience was a great success and we had a higher than expected turnout with many reservations especially on the final two days of the event.

Members of the press attended a press conference days earlier where resident chef Jorge Humberto Carrasco offered a glimpse of the sensational menu items
that would feature at this year’s event. The highlight of the press conference was when chef Carrasco demonstrated his fish filleting techniques to an intrigued audience who then got to sample the fresh tuna.

The Omakase five-course contemporary Asian menu selection was created over several weeks by Resident Chef Jorge Humberto Carrasco in collaboration with Master Chef Hiroshi Shima. The chefs succeeded in creating unique contemporary dishes with a fantastic fusion of flavors. Each course was paired with a specialty drink to complement the dish. The Bartenders at Hotel Mousai used their creativity to invent exciting specialty cocktails as part of a competition and the top five cocktails featured on the menu.

The chefs created a different amuse-bouche for every day of the Omakase event. Amuse-bouche is a French term that literally means ‘mouth amuser’ and is a bite-sized hors d’oeuvre that prepares guests for the meal and showcases the inventiveness and artistry of the chef.

The first course was an appetizer trio with salmon, tuna and kampachi.

Tuna: The tuna dish was the most representative of Asian style with raw tuna, mushrooms, bamboo shoots, scallions, wasabi and a soy chili sauce. The spice pleasantly lingers in your mouth and is tasty until the last bite, which leaves you wanting more.

Salmon: The salmon dish is representative of a fusion of Asian and American dishes. The sauce combined olive oil (which is not used in Asian cooking) and Yuzu sauce made from Yuzu, a sour Japanese citrus fruit. Very tasty and refreshing with the combination of sweet and sour, citrus and soy sauce.

Kampachi: Kampachi is representative of Mexican style. Kampachi is a premium sashimi-grade fish that we brought from Baja California. This was topped with thinly sliced green pepper and left a nice bite on the tongue.

The appetizer trio was paired with Blue Orchid, a mix of Hendrick´s, hypnotic, simple syrup and lime. This drink paired well with the appetizer trio as the fresh flavors contrasted nicely with the spice of the dishes.

The second course delivered a punch and was a nice combination of flavors and textures. The Hokkaido scallops were topped with radish, wasabi caviar, a Kosho sauce (pepper sauce) and pink peppercorns. Pink peppercorns are not actually peppercorns but the berries from a Mexican Pepper Tree. They are mild, sweet and slightly pungent. The type of caviar was Tobiko or flying fish roe. The chefs used wasabi to give them their green color and these tiny little eggs pop in your mouth as you eat them, which makes for an interesting dining experience!

The scallops were paired with the Lotus Flower consisting of Rum, limoncello, passion fruit & Lychee puree. The cocktail was rich and tangy and was a soothing contrast to the spicy wasabi.

The third course was a chef selection sushi assortment with O-toro sushi rolls and different types of nigiri. O-toro is the fattiest part of the fish and this gives it
a sweeter taste (and makes it pricier too).

The nigiri sushi rolls were served with a variety of seared snapper with a spicy pepper paste, seared yellow tail belly with a soft and fishy flavor, and sea urchin with an incredible texture that melts away in your mouth.

The high-quality pieces of sushi were paired with Pearl Lust, made of Absolut pear, agave honey and rice Horchata. Another refreshing drink with a strong pear aroma.

The main event was the robata board. A heavenly selection of garlic shrimps with ginger and chili peppers, lobster tail with a shallot sauce, Kobe beef with a pepper paste, chicken breast with yakitori sauce, and finally octopus with a special sauce.

Bite, kick and punch are normally words used with negative connotations, but they are the best words to describe the Robata board; a great selection of flavors that combined to make an incredible celebration in your mouth.

The most unique drink of the evening was the Ryojin served in an actual pitahaya and made with Hendrick´s, vodka, Yuzu, Agave honey, and clove syrup. This cocktail was very sweet and delicious with a wonderful presentation.

Mochi is a traditional Japanese rice ice-cream and this was by far the dish with the most unique texture. The outside of the Mochi ice-cream is made from pounded sticky rice and filled with red bean and whipped cream. The mochi’s texture is elastic, sticky and soft. The plate was finished with dots of mango, strawberry and raspberry sauces and a vanilla crumble. A delicious and sweet grand finale.

The mochi was paired with Family Rice, a mix of Don Julio añejo, Ozeki, Vanilla syrup & evaporated milk, a sweet and creamy cocktail with spicy and smoky hints.

An expert sommelier from Toyo Foods was present during the Omakase event to give free samples of sake to diners and explain the importance and culture of sake in Japan. He explained the Junmai Daiginjo sake is only consumed with sushi and seafood and the Junmai is typically served with beef dishes such as beef tempura.

Resident Chef, Jorge Humberto Carrasco has dedicated his gastronomic career to perfecting his work in Japanese cuisine. He loves to create new concepts with a surprising style.

Chef Carrasco is pleased with the results of Omakase 2019. For him it was a huge challenge with a lot of pressure. Previously he worked backstage, and this year he was leading the whole event. The biggest challenge for him was getting some of the ingredients because this menu used ingredients that aren’t typically on the menu and some of them were out of season, so he had to make a huge effort to find them.

“I am very proud of my team and all the people who helped to make this event a huge success. I feel very confident that our tradition of Omakase will continue and I hope that many people will be interested in coming to try the special dishes showcased here that are not part of the regular menu.”

Chef Shima was excited to come and be a part of Omakase again this year. His favorite dish on the menu was the appetizer trio since it represented dishes from Asia, America and Mexico. He said his style of cooking is ‘Opposites’. He loves to combine contrasting flavors. “If it is sweet, add a little bit of spice to enhance the flavor.” We would describe Chef Shima as Spicy-Sweet and that was the recipe for success at this year’s Omakase event.

Truly gifted chefs can transform simple ingredients into culinary masterpieces that taste like heaven and chefs Carrasco and Shima have achieved just that with this spectacular Omakase meal. If you were not able to attend this year’s event, we expect next year’s event to take place again in October 2020. Put it on your calendar and come to experience flavors and dishes you have never tried before.
We will be advertising more about it on our blog as the date approaches, so you can be sure to not miss out on next year’s extra special feast extravaganza!!

Adults Only Vacations in Puerto Vallarta

Hotel Mousai Named One of the Best Hotels for Business... 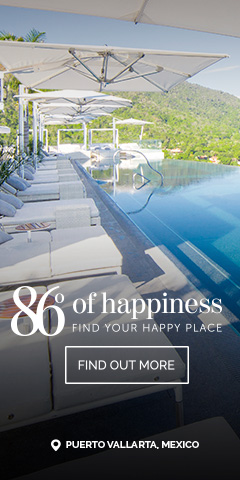