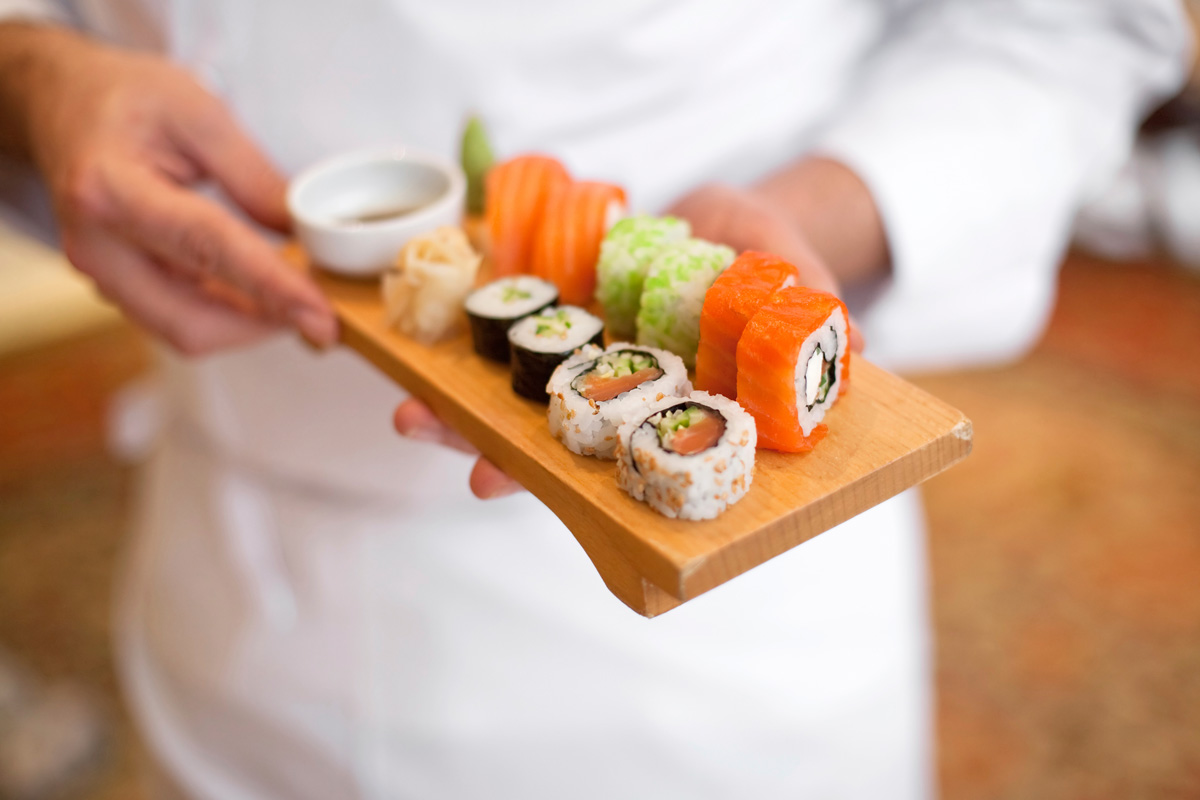 Chef Brandon Konishi has proven to himself, as well as critics and peers in his industry, that his innovative take on Japanese cuisine will keep him in the limelight, and he is currently enjoying his role as executive chef at Katsuya, located in the trendy SLS Las Vegas Hotel & Casino.  His exhaustive training in Asian fusion cuisine and skillful European techniques has led to a unique culinary style that continually garners praise in the competitive world of sushi and beyond.

The devotedness with which he creates his cutting-edge fare has resulted in award titles such as Leader of the Year SLS Hotel 2015 and the Las Vegas Aloha Shoyu Poke Champion.  A previous job as the executive chef-partner at Roy’s in Las Vegas offered him invaluable experience working under James Beard Award-winning chef Roy Yamaguchi.  Another impressive position, as the corporate chef-partner of the Pacific Restaurant Group, presented the delightful challenge of opening and overseeing their Las Vegas restaurants.

He is often invited to attend food-related events, at which his flawless execution in the kitchen is expertly displayed to reach a whole new audience.  This year is no exception, and the upcoming Life Is Beautiful festival, held annually in Las Vegas, will prove to be a highlight with a massive crowd of potential new followers at the three-day street fair which centers on music, food and culture.

Working under master sushi chef Katsuya Uechi, recognized as a key player in the contemporary direction of Japanese cuisine, has been an exhilarating opportunity.  Deeply respected within the foodie world, Uechi has honed his incomparable skills and progressive vision in a career that has spanned more than three decades in hands-on restaurant operation.  Katsuya’s Japanese kanji symbol “Katsu” means “victory” or “to win” and couldn’t be better suited to a restaurant that has developed a steadfast following, including Hollywood stars and Zagat critics who have been won over by its modern take on Japanese cuisine and visually stunning interiors masterfully designed by Philippe Starck.

Hiroshi restaurant at Hotel Mousai is excited to welcome Chef Brandon Konishi from Katsuya for Omakase on June 30th, July 1st and July 2nd, 2016. For more information and reservations, click here or please call to 1 877 929 7977.