Traditionally, it is the man who asks the woman of his dreams for her hand in marriage, while getting down on one knee and presenting a ring. However, according to Irish tradition women were allowed to propose to a man only on leap day during a leap year. Leap days are on February 29th and they only come around once every four years when February has 29 days rather than 28. While nowadays it is acceptable for women to pop the question on any day of the year, traditionally in Ireland they were only allowed to do so on February 29th.

Where Does this Tradition Come From?

Irish folklore is full of marvelous, wonderful and (sometimes) strange traditions, such as Bilberry Sundays, “Queen of the Pirates” and Celtic Halloween, but a woman being able to propose to a man during a leap year is one of the most well-known.

Legend says that the tradition began in 5th century Ireland when St. Brigid of Kildare, an Irish nun, asked St. Patrick, the patron saint of Ireland, to grant women the permission to propose marriage to a man after she had heard various women complaining that their partners were either ‘too shy’ or taking far too long to propose. St. Patrick agreed and granted women permission to propose marriage to a man every leap year. The folk tale suggests that at that moment St. Brigid got down on one knee and asked St. Patrick to marry her – and he said no! At his refusal, he gave her a kiss on the cheek and offered her a beautiful silk gown to soften the blow.

In 1288, Queen Margaret of Scotland passed a law that women could propose to men in a leap year, however, they had to wear a red petticoat to indicate their intention to propose. If the man refused the proposal, he would have to pay a fine, which could range from a kiss to a silk dress to a pair of gloves. Many say that this rule was influenced by the tale of St. Brigid and St. Patrick.

Over time, the tradition spread and was adopted throughout Europe. In some of the upper-class European societies, if a man refused a woman he would have to buy her 12 pairs of gloves. Legend says this was to hide her shame of not having a ring to wear.

Many scholars, however, are dubious about the history of the tradition. Firstly, they are skeptical about the roots of the Irish tradition as St. Brigid would have been only 9 or 10 years old when St. Patrick died, making the pair’s relationship very unlikely. Secondly, Queen Margaret would have only been 5 years old at the point she passed the law in Scotland and it seems improbable that she would have passed such a law so focused on women’s rights and marriage at such a young age.

Regardless, the tradition is still largely celebrated worldwide. In the United States, many people refer to the day as the ‘Sadie Hawkins Day’. This uniquely American holiday encourages women to take charge of their lives and ask men out on a date. In the United Kingdom, the day is largely referred to as Bachelor’s Day, which is the day that men are supposed to relax with their friends and possibly expect a marriage proposal from a woman.

Reasons to Propose to your Boyfriend

While tradition dictates that men should be the ones doing the asking, this year, women can get in on the action and plan their own proposal. There are so many reasons why a woman should step out of her comfort zone and propose to the love of her life. When a woman proposes she can make the rules of the proposal, choose the ring, and take action as opposed to waiting around and dropping hints about marriage. She also sets a great example for the women in her life who are in a similar situation.

Are you feeling ready to take the lead this leap year and ask for your partner’s hand in marriage?

Bored of your Home Office? Work from Hotel Mousai 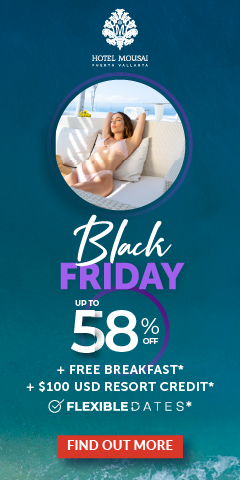