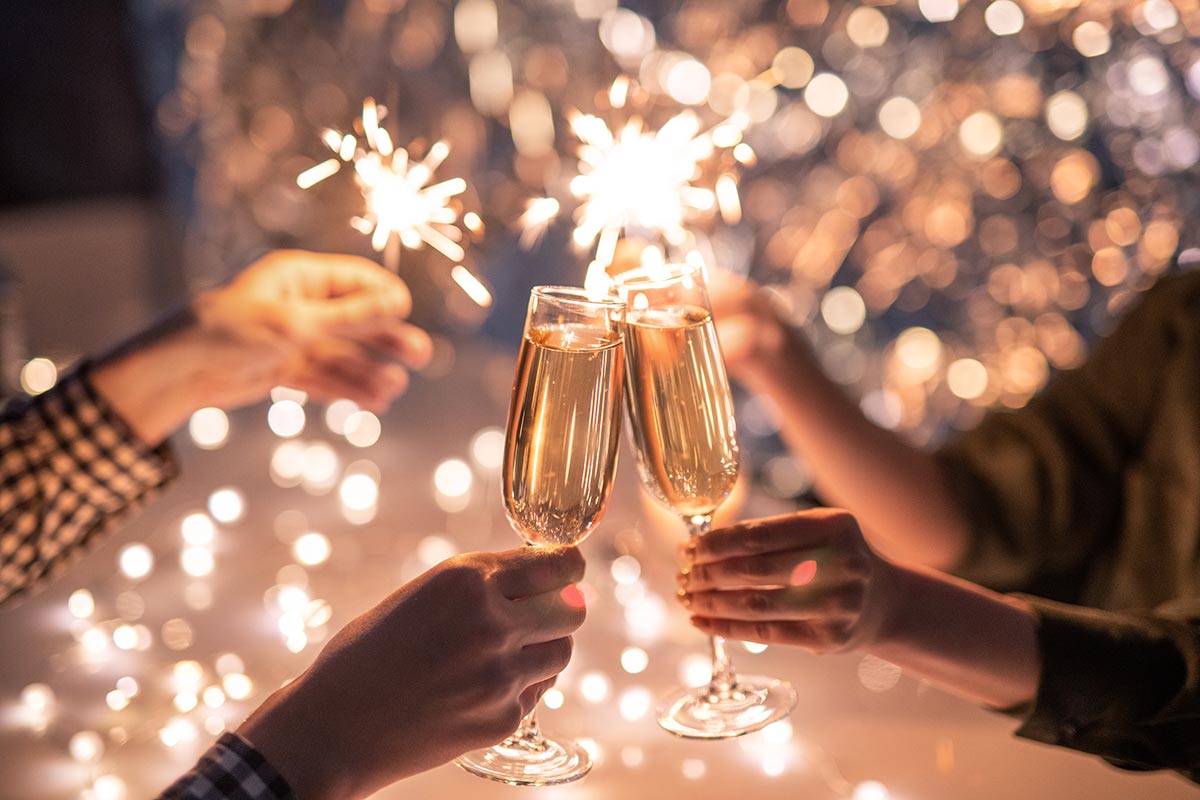 With the end of 2021 quickly approaching, it’s fascinating to learn the distinctions between New Year’s Eve and Chinese New Year (also called Lunar New Year). There are two main differences in the celebrations: the time it is celebrated and the meaning, as well as several other traditions that bring the days to life.

The Time of Celebration

Chinese culture uses the lunar calendar, so the date of the holiday varies between late January to mid-February every year. Chinese calendars are lunisolar. They track time according to the cycle of the moon’s phases, as well as the progress of the sun, which dates back to the fourteenth century.

The Meanings of the Holidays

For Chinese New Year, the focus is family. It’s the special reunion day for every Chinese household as the origin of the holiday dates back to 3500 years ago. The Chinese people have many important expectations for the new year. While “anything goes” for a New Year’s Eve celebration, a Chinese Lunar event will have many taboos that must be followed.

For the Chinese culture breaking plates and bowls on Lunar New Year means good luck will be broken for the whole year ahead. Another taboo is cleaning the house. They believe sweeping a floor for instance will “sweep away” good luck for the year.

For Western culture New Year’s Eve, many gatherings are held outside the home. Family and friends gather in public places, such as town squares or plazas.

One of the largest international gatherings in a public space is the televised event in New York City’s Times Square. Millions of revelers gather on the last day of each year in Times Square, very often in freezing temperatures, to celebrate the ringing in of the new year and cheer the countdown of the famous New Year’s Eve ball drop. Countdown shouts from the jubilant crowd can be heard, as the computerized ball, covered with a total of 2,688 Waterford crystals, glistens and descends down from the flagpole, high above the square. People gather from all over the world to be part of this exciting annual event, which dates back to 1907.

Special meals have a place in each celebration for both New Year’s Eve and Chinese New Year, but in Chinese culture, elaborate plans are made by every family for a very important part of the holiday, the last meal of the year. Before the meal however, each family must offer a sacrifice for dead ancestors, usually three or four generations to the dead. The families set a place for the ancestors at the table and the eldest member of the family pours a drink for them. After burning joss sticks and candles, they can begin to eat and worship. Afterwards, a fun time is had by all, talking, joking, singing, and playing cards. It is quite common for families to stay up well until the dawn of the next morning!

Beginning in the 1980s, the TV presentation, The Spring Festival Gala was institutionalized by the government as a crucial practice on the eve of Lunar New Year. Every family member sits in front of the TV together, enjoying the singing, dancing, and comedy entertainment.

Traditional Greetings of a Red Kind

During and after the Gala, the Elders will traditionally give bright red envelopes to the children. Nowadays, many people prefer to send their envelopes over the internet. Sending red envelopes online has now become a modern day popular activity for Lunar New Year.

Two Traditions Shared by Both

The traditional parades in Western culture include “floats”, large motorized displays with flowers, singers and dancers atop. Many are designed by large groups or organizations and often a coveted trophy is given to the winner voted best by the judges.

New Year’s Eve and Chinese New Year are both colorful and exciting as well as meaningful holidays that millions of people look forward to every year. However you choose to celebrate the New Year, enjoy!