Top 8 Foodie Destinations in Mexico You Must Visit 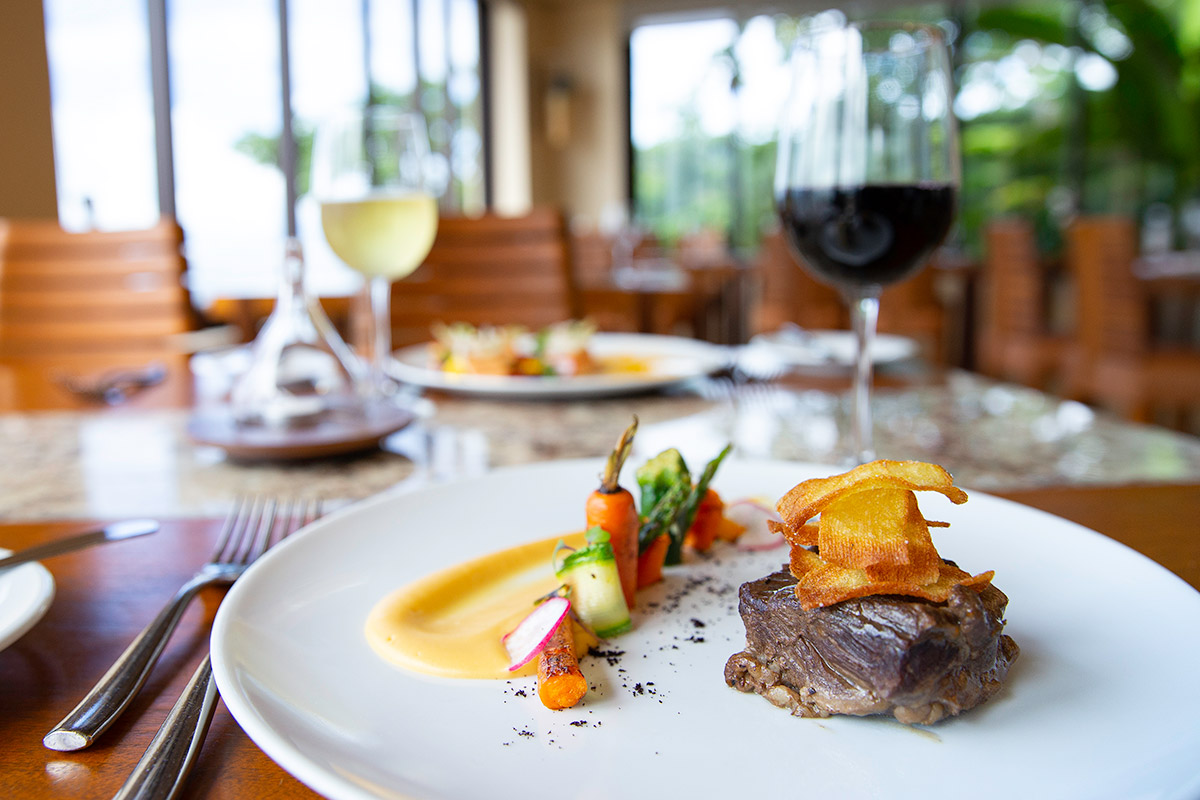 Since Mexico’s cuisine was declared an Intangible Cultural Heritage of Humanity by UNESCO, it has attracted more and more travelers to the country, especially those with the sole intention of gifting their palates with an exquisite culinary experience making Mexico one of the top foodie destinations in the world.

Mexico’s range of flavors is so wide with so many unique and different flavors throughout the country that each region offers ingredients and preparations completely different from one another giving you the impression of traveling through many different countries while in Mexico, making each city a unique foodie destination.

But if you don’t know where to start and can’t wait to start your foodie adventure across Mexico, here are the top eight foodie destinations in the country:

Monterrey’s dry and desert-like climate gives it its own unique culinary essence, represented by salty dishes and charcoal grilling. Flour tortillas come from Monterrey and the best way to try them is when they are freshly made on the spot. The most iconic dish from the “Regio Land” is the Cabrito, Spanish for young goat. A delicious lean meat, so soft it will melt in your mouth. It is prepared in different ways, grilled, roasted slowly over charcoal or on a metal spit.

Regiomontanos or regios is the term for people from Monterrey and they are so passionate about Cabrito that the restaurants that serve it only serve Cabrito and nothing else… maybe with the exception of flour tortillas.

On the day of your arrival, you must go straight to El Rey del Cabrito restaurant, a place as legendary as the food they offer. Now, let’s travel south.

San Miguel de Allende has been voted as the best tourist destination in Mexico as well as a World Heritage Site by UNESCO, not only because of its impressive architecture, but also because of its growing culinary culture, a place where Ancient Mexico meets European culture in one plate, from simple and traditional to high-end and international, San Miguel de Allende is for sure one of the best foodie destinations in the country.

Some of the city’s traditional dishes include the Pacholas, Fiambres, or the always refreshing beet water.

The city is famous for its rooftop restaurants with unbelievable views, they all claim to have the best one… and they are all correct! The city is so beautiful by itself that every window in the city exhibits a breathtaking view, but in places like Atrio or Casa Nostra, the full experience delivery will not disappoint.

Puebla houses a meal that is both simple and complicated at the same time, refined but casual, familiar but unique, one of the most representative Mexican dishes… Mole Poblano, the mole sauce is prepared with a combination of nearly one hundred ingredients including different types of chilies, vegetables, spices, and chocolate. I can assure you that the first time you try mole, it will feel like a complete culinary festival in your mouth.

Puebla is responsible for many Mexican dishes that date all the way back to ancient Mexico, traveling through colonial times and the revolution era, one example is chiles en nogada, although believed to be born in 1821, the same year as the consummation of the Independence of Mexico, there are records that prove its existence for at least 100 years prior to that. The dish represents the colors of the Mexican flag: green is the chili and parsley, white is the nogada (a creamy sauce made out of walnuts), and red is the pomegranate.

There are many opinions about the best spot to try the mole or chiles en nogada in Puebla, but the most recommended restaurants are La Casita Poblana, Fonda de Santa Clara, or Casa Del Mendrugo.

Valle de Guadalupe is the wine capital of Mexico. Because every foodie deserves a good glass of wine, the town located in Ensenada, Baja California, is mainly known for its first-class wineries giving visitors a chance to take guided tours through its global renowned “viñedos” like Monte Xanic or Las Nubes, including refreshing wine tastings guided by experts.

After your stroll through the wineries, Valle de Guadalupe also offers excellent options to grab a bite in the afternoon. The restaurants serve local food of the region like fresh seafood, fresh fish, quail and the preparation of amazing fish tacos. A great option is Deckman’s en el Mogor, a place where their vegetables, olive oil, and meats come directly from the property itself, you will have the experience of trying out food where the distance between the soil that grew the ingredients and your plate is minimal, combined with the opportunity of having a glass of wine with the view of the vineyards where your wine came from.

Puerto Vallarta’s is one of the best foodie destinations in Mexico. Its surreal beauty has attracted people from all over the world to start a new life as residents of the area, that international diversity has created an immense gastronomic variety offering its visitors the best options of international cuisine. Some resorts work with world-class chefs, giving you the opportunity to try out the best food from around the world just a few steps away from your room. With the city’s easy access to fresh seafood and fish, it’s not rare to find excellent Japanese cuisine in Puerto Vallarta, a great example is Hiroshi restaurant at Hotel Mousai, not only is the food a reflection of great imagination for the taste, but also for the sight, their astonishing dishes will literally amaze all of your senses.

Puerto Vallarta is also rich in local plates and preparations, from the zarandeado fish preparations from the coast of Nayarit to typical dishes from the state of Jalisco such as the Tortas Ahogadas. Puerto Vallarta has everyone in your family covered regardless of their tastes, from a vast selection of ceviches and aguachiles to casual options like tostadas and guacamole to the innovative Mexican cuisine of Blanca Blue restaurant. The city holds an annual gourmet festival organized by Restaurant Week with the participation of some of the best restaurants in the bay such as: Loma 42, La Peska, and Bocados Steak House.

The gorgeous city located in the state of Yucatan is home of one of the most iconic culinary experiences in the country. Merida’s traditional flavors come predominantly from the Mayan culture mixed with the introduction of certain ingredients and spices brought by the Spaniards during colonial times. Its unique taste is distinguishable by every Mexican person as well as by every Mexican food admirer, the strong spices meet a perfect combination of sweet and salty.

Their most iconic dish is Cochinita Pibil, prepared with a base of marinated pork, a mixture of spices and a touch of orange sweetness served with red onion and habanero pepper wrapped in banana leaves… it is way more delicious than it sounds. Cochinita pibil is best paired with a bowl of fresh sopa de lima “lime soup”.

It is well known in the region that the best places to have Yucatan food are not necessarily at the classy restaurants, many recommend the La Lupita stand at the Santiago Market or El Naranjo, but the rich culinary traditions of Merida also offer amazing high-end gourmet options serving local dishes with a twist such as K’U’U’K or IXI’IM restaurant under the command of the award-winning chef Jorge Vallejo.

Located in the state of Oaxaca, Oaxaca’s food scene has grown a lot in the last few years, many young chefs seek training with the local traditional cooks adding innovation to their dishes attracting a high number of visitors each year with the sole purpose of checking for themselves if their food is as fantastic as advertised, and it is.

Besides their delicious Mole Oaxaqueño, or their fresh quesillo, the dish that has gained a lot of popularity is the Tlayuda, a large toasted corn tortilla topped with beans, Oaxaca cheese, a salty local steak called tasajo, and your favorite salsa. They are also great promoters of the insect-eating culture, such as toasted grasshoppers and worms, promoting how healthy they are, rich in proteins, and of course, delicious!

Whether you decide to visit Alfonsina, Casa Oaxaca, or Criollo restaurants, disappointment is not an option, especially if you pair your meal with some local mezcal.

No article about foodie destinations should leave out Mexico City, talk about a food emporium! It is the city where a taco stand on the sidewalk might have better reviews than many high-end restaurants in the world. A city where the street food culture has never been more alive. The city that created the famous tacos al pastor and certainly the only city that knows how to make them the right way. The actual city that never sleeps offering the opportunity to satisfy your late-night cravings with many options available 24/7. Its wide range of options gives you the chance to taste delicious food from across the country without having to travel long distances.

Mexico City also houses some of the most luxurious restaurants in the world, a great example is chef Enrique Olvera’s Pujol, serving contemporary Mexican cuisine and awarded the 12th position according to The World’s 50 Best Restaurants, another example is Quintonil restaurant in the Polanco neighborhood, it won a place on the same list with the 24th spot.

When planning your next foodie vacation, consider these top foodie destinations in Mexico and witness for yourself the richness of its food and discover why it is one of the world’s best destinations to visit.