The 10 Most Popular Dishes in China 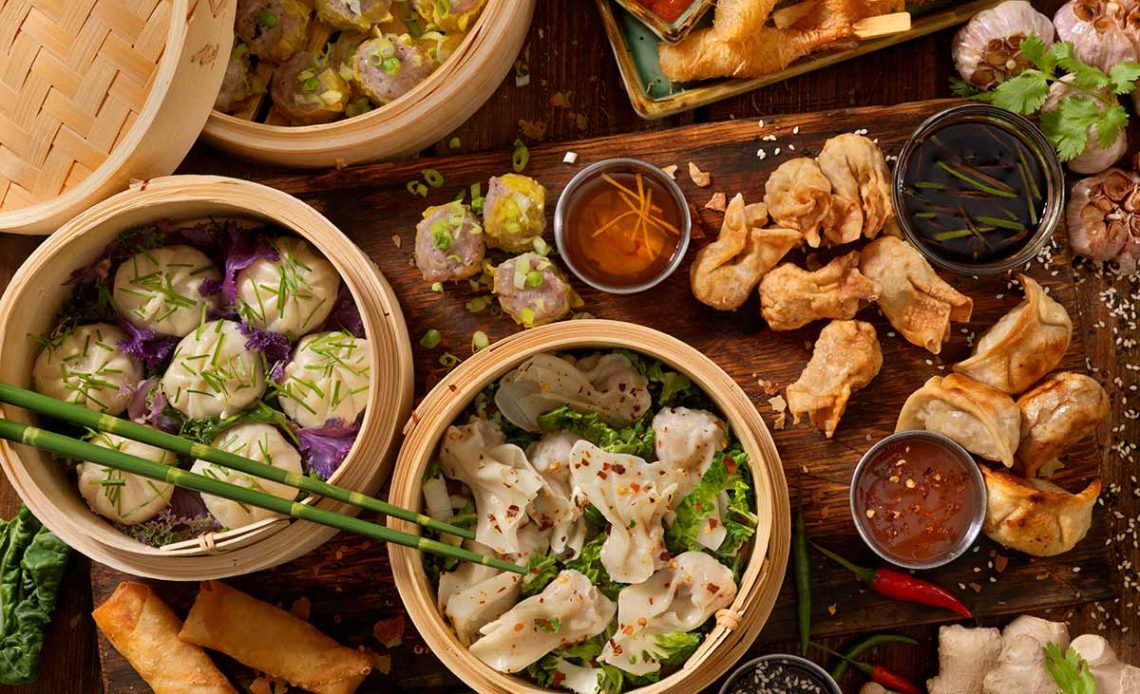 Chinese culture has a rich history tracing back thousands of years. With an ever-evolving ethos, Chinese civilization has been at the forefront of its time, revolutionizing in areas of ceramics, architecture, music, literature, martial arts, visual arts, philosophy, and religion. Yet, there is one area that stands apart. Chinese cuisine has innovated in the culinary world for centuries. Chinese restaurants, and their chefs, continue to inspire, creating magnificent dishes that are tasted around the world. Here, we pay homage to Chinese culinary cuisine, sharing 10 of the most popular dishes in China, that must be experienced in time for this upcoming Chinese New Year.

What better way to start this list of popular Chinese foods than with one of China’s most renowned and famous dishes: kung pao chicken. This classic dish originated from Sichuan cuisine (south-western China) and is a meal that is often first associated with typical Chinese food and cuisine. With stir-fried chicken, peanuts, vegetables, and chili peppers, this dish is sure to satisfy in its perfected simplicity.

Sweet and sour pork is a staple dish enjoyed in Western China that is also often found in Chinese restaurants around the world. This dish is constructed around its main ingredient, deep-fried pork, which is stir-fried in a sweet and sour sauce, typically made of sugar, ketchup, white vinegar, and soy sauce. Additional ingredients including  onions pineapple, and green pepper also work to complete this signature meal, leading it to become one of the most popular dishes in China.

Created for the Ming Dynasty, Peking roast duck has since become a common delicacy enjoyed in Beijing, China. Seasoned before being oven-roasted, Peking duck is often served right out of the oven with its signature crisp and golden-brazed skin still intact. Served with the duck, bringing the dish together, is sides of spring onion, cucumber, and sweet bean sauce.

Mapo Tofu is the real deal when it comes to spicy and spice lovers alike, establishing itself as one of the most popular dishes in China. The tofu itself is set in hot and spicy sauce before being simmered with bean paste, beef, hot roasted chili oil, and a handful of the infamous tongue-numbing Sichuan peppercorns. If you believe spicy food is king, don’t pass up on any chance to try this peppery delight.

There is nothing wrong with tried, true, and dependable. Chow mein is not only one of the most popular dishes in China, but it has also become a signature dish at Chinese restaurants all around the world. With stir-fried noodles, and your choice of sauteed tofu, vegetables, or meat, Chow mein has become an easy and reliable meal to be savored and enjoyed.

A Chinese hot pot, also known as a steamboat, is a dish defined by its preparation method: simmering a pot of soup stock along with other raw ingredients, allowing it to cook at the dining table itself. This method of Chinese cuisine, a tradition brought down from noble banquets, has now become a common dish to tie together any family and communal meal.

Spring rolls are the perfect side dish, so it is completely understandable why they have become synonymous when we think about other Chinese dishes and Chinese cuisine. Once consumed as a seasonal snack at spring festivals, these fried and savory rolls filled with cabbage, vegetable, or other meat fillings have become a crispy and tasty addition to any main.

Originating in Northern China, wontons are a type of dumpling draped in egg yolk wrappings, covering cooked and savory meats or seafood filling. Wontons can be either fried or steamed; however, wonton soup often calls for steamed wontons submerged in boiled chicken broth that is garnished with green onions. This bowl of warmth is the perfect comfort food, allowing it to be sought after year-round and around the world.

Cooked in a wok or frying pan, this dish tosses fried rice with egg, vegetables, and chicken over steamy temperatures. Often made with local ingredients, chicken fried rice can be made in countless variations, sometimes not including chicken at all, allowing for substitutes like seafood or other proteins creating room for artistry and experimentation.

Bringing the 10 most popular dishes in China list to an end is this mouth-watering Cantonese-styled barbeque pork. Cooked in five-spiced powder, honey, and red yeast, Char Siu can be fire-roasted to perfection, allowing for a sweet and savory experience with each bite.

Included were 10 of the most popular dishes in China, dishes that are enjoyed and eaten across the country and have now been shared and experienced around the world. These dishes are popular for a reason; you should be sure to try them when they are made authentically with quality ingredients. There is a lot to be learned from Chinese cuisine, with bountiful amounts of flavors, techniques, and culinary history to draw from, any foodie would benefit themselves by giving it, and the meals it has cultivated, proper attention.

At Hotel Mousai in Puerto Vallarta, Mexico, we have done just that, designing our new restaurant, DAO Contemporary Chinese Cuisine, which has incorporated and embraced many lessons learned from these famous dishes. Reinvigorated and inspired, DAO promises to bring forth innovative forms of gourmet Chinese cuisine. Using exquisite ingredients that promise to keep your taste buds tingling, DAO uses China’s rich history of culinary cuisine to construct and create dishes that entice and inspire. Offering gorgeous views of the surrounding tropical rainforest, all from an ambiance of contemporary Chinese design, DAO creates an unforgettable setting to have extraordinary dining experiences. If you find yourself craving these, or any other Chinese delights, then look no further, DAO will be sure to satisfy and impress.