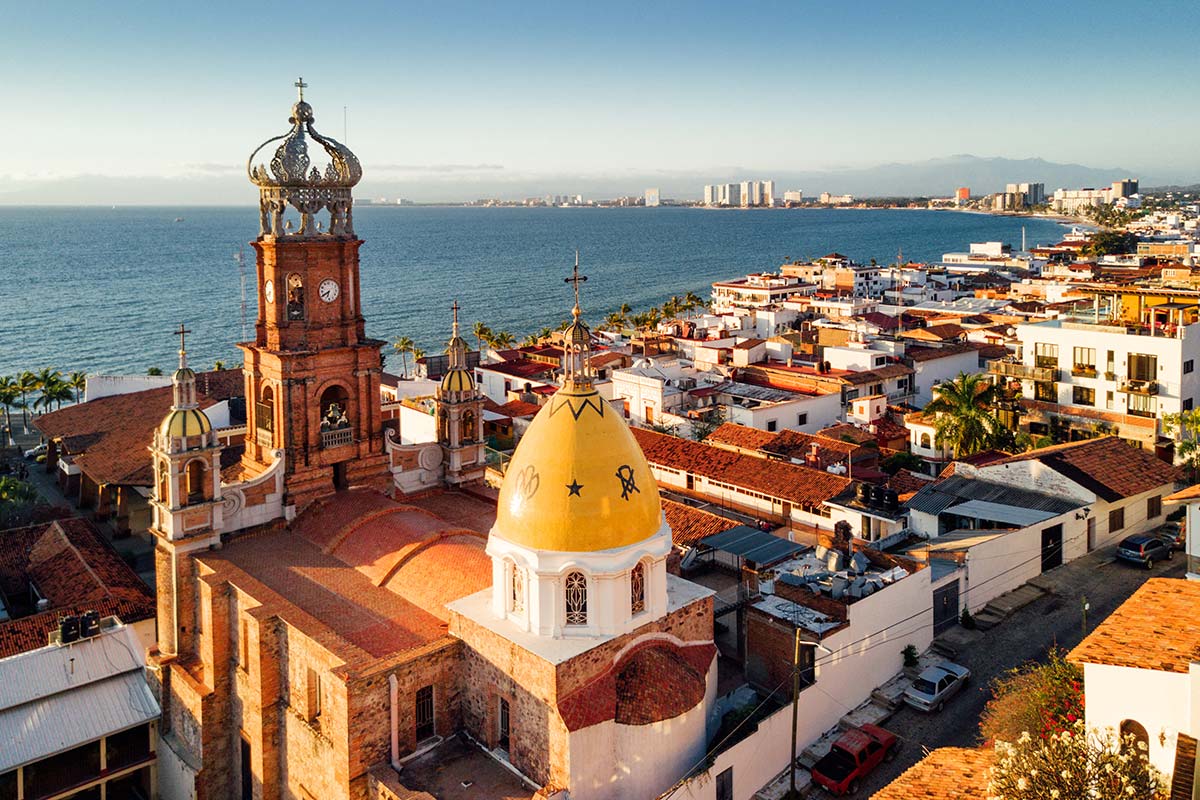 Playa Los Muertos translates to “Beach of the Dead,” and this comes from an old legend which states that centuries ago, pirates stormed this beach to loot and kill. The locals put up a fight, however, and many pirates died on this beach, thus giving it its name. In fact, many people talk about how skeletons were found when the first hotels were being constructed here. Locals state that Los Muertos is as famous as Waikiki beach in Hawaii, however, so the name can’t have caused too much trouble!

Did you know that Banderas Bay is one of the deepest bays in the world as well as being one of the largest? The bay is 42 kilometers across and 900 meters deep (which is mind-boggling when you really think about it). Banderas Bay supposedly came across its name when Spanish conquistadores arrived to find 20,000 indigenous peoples gathered with feathered flags, armed with bows and arrows, ready to defend their territory; ‘Banderas’ means, in Spanish, flags… hence the name.

In the late 1800s Puerto Vallarta was actually called Las Peñas (which means rocks); it was later, in the 1900s, that it came to be called Puerto Vallarta when it was named after former state governor, Ignacio Vallarta.

The city averages over 9 billion peso per year in income, and the main source of this (you won’t be surprised to hear) is tourism. This was not always the case, however; in the 19th century Puerto Vallarta was a fishing town whose main income came from fishing and the export of bananas, corn, beans, and coconuts to the US.

Did you know that Puerto Vallarta has featured as a backdrop for a number of big Hollywood productions? It’s true; the first of these was The Night of the Iguana (John Huston) which shot to fame in the 1960’s. In fact this movie alone really put Puerto Vallarta on the map; it was where Richard Burton and Elizabeth Taylor met and played out the bulk of their passionate romance. Predator (1987), Herbie Goes Bananas (1980), and Limitless (2011) were also filmed here in Banderas Bay!

Mexico is a quickly growing country, and Puerto Vallarta is one of the fastest growing cities in Mexico; its population has increased, on average, 7.56% annually. In 1880 the estimated total population was around 1,500 people, but by 2010 that figure was 255, 725. Today there are over 300,000 people living in this sun soaked city.