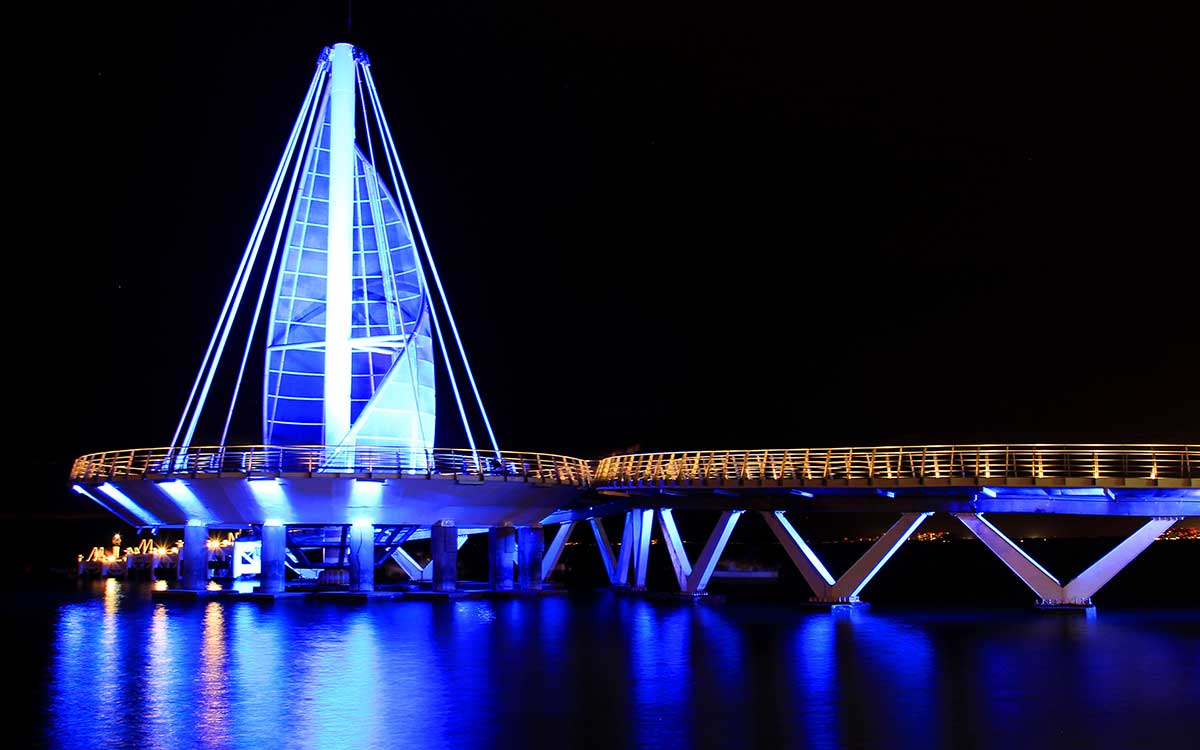 You might think that piers are a bit last century (or even the century before last!) but Puerto Vallarta’s Pier is certainly worth a photograph, if not a visit to see which new adventures the water taxis can take you to. If you are a regular visitor to Puerto Vallarta then you might remember exactly how ramshackled the old Los Muertos Pier was getting, and you will appreciate the magnitude of the changes that the renovations in 2013 have made to the area around Los Muertos Beach. If you are new to the city, you will be able to appreciate the beautiful and uniquely colorful design of the replacement pier that now serves as an architectural focal point for Banderas Bay.

The new Los Muertos Pier sits in the same place as the old pier and was designed by the esteemed winner of the Biannual Architecture Prize, Jose de Jesus Torres Vega. Finished in January 2013, the Pier was based on a design that placed a sail at the centre of attention, and positioned it so that from some angles it looks like a complete sail boat.
At night the sail lights up in many different colors and provides a wonderful and romantic backdrop to any evening stroll along Puerto Vallarta’s shoreline. It is also great to recognize its lights in the distance when taking one of the night cruises like the Marigalante Pirate Ship, or spot it from the window of the airplane when arriving or departing at night. 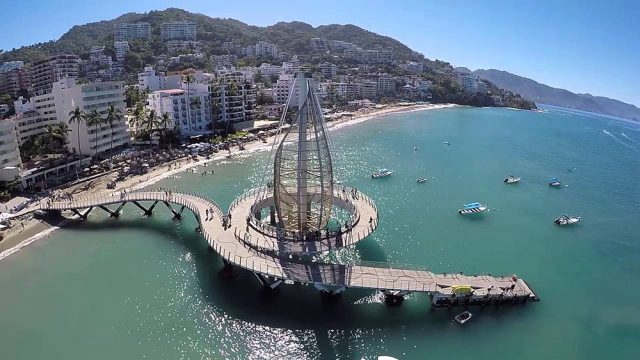 The pier is not just for decoration; although there are benches which offer a chance for rest and reflection, it is also a prime meeting point for tours and fishing trips. You’ll find that many boats arrive at and depart from this pier taking tourists and locals alike on fishing trips and adventure tours. From here you can get a boat to some of the hidden beaches and beautiful islands on Banderas Bay, such as Yelapa and Las Marietas Islands, which are within easy reach of the city by sea. This new pier is one of the most important parts of the renewal of Downtown Puerto Vallarta that took place in recent years, which includes the renovations to the Malecon.

It’s no surprise, then, that this pier has quickly become iconic within the city. You’ll see it’s image on postcards, in paintings, woven through holiday brochures and even on billboards advertising the city or its resorts. Los Muertos Pier has long been the center of Puerto Vallarta’s beach scene, so it makes perfect sense that it would also be an important part of the new, modern Puerto Vallarta too.